This post is being written from the US as I’m back home now (and have a speedy internet connection).  Just a day before I left we made a trip down to Kampong Cham province to visit the Memot Center for Archaeology and see their small museum on a tour led by the Director, Sophady Heng.   I’ve written about the amazing circular earthworks in this region before, and so I was quite excited to finally get to see this small museum and visit a small earthwork site as well.   After the jump I’ll go over the trip in more detail.

The Memot Center museum is small but has a few small displays with artifacts from their excavations and some excellent posters on the wall covering various topics in English and Khmer. 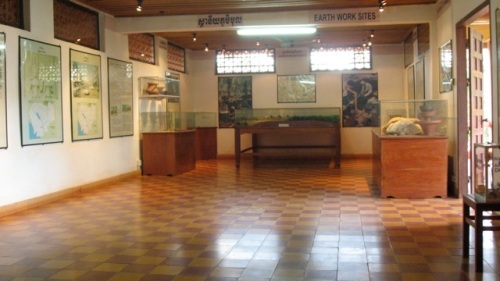 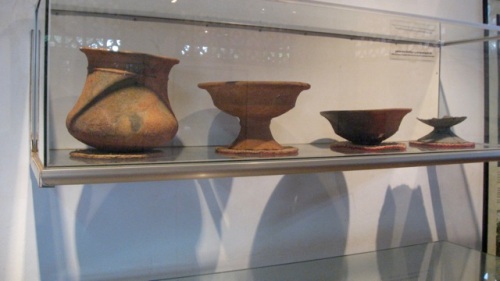 Above: Some examples of pottery found at the Memot center excavations

Above: An Iron tool from the site of Village 10.8

Above: A poster explaining some of the burial rituals the archaeologists have encountered during excavation. Below is a replica burial.

One of the best parts of the museum is a beautiful diaorama of a circular earthwork site as it may have looked when it was being used.  It was made by Sophady himself and the time and effort he put into making it really paid off. 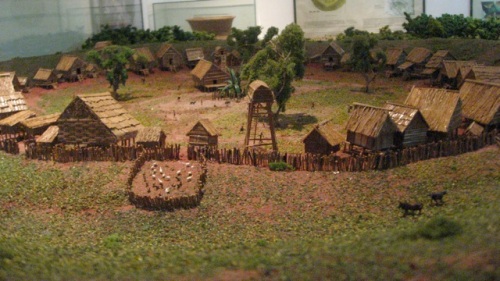 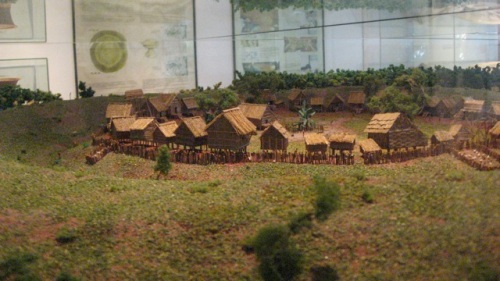 Above: Another view of the earthwork village, here you can see the small mound that surrounds the village. 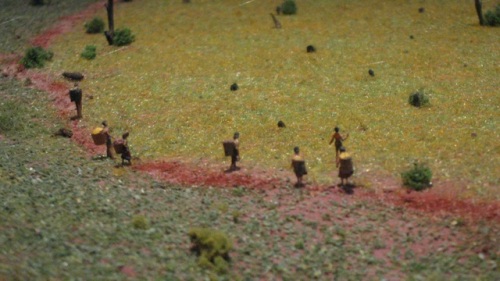 Above: Earthwork people working in their fields.

The Memot Center museum gets about 300 visitors a year, primarily from local students and teachers.  Sophady is looking for ways to increase visitors and has been applying for funding to expand and update some of the exhibits to attract return visits from locals. The site is a bit far from Phnom Penh (about 4 hours) but many buses pass through on the way to Kratie (a launch point for tourists heading into Laos).   The museum is open every day, although is closed a few hours during lunch.  There is a number you can call to have a guard let you in if you arrive during off hours.    If you’re in the area, it would be well worth your time to stop for a visit.

Before leaving Kampong Cham, Sophady and his colleague Vuthy took us to see an actual circular earthwork.  This site was not far off the main road and within a rubber plantation.  (This part of Kampong Cham has many rubber plantations, as well as some coffee, cashew trees, and pepper plants).   Unfortunately, circular earthworks are a bit difficult to see and photograph from the ground.

This picture above is taken from the ridge around the earthwork looking down inside.

This picture is taken from inside the earthwork looking out towards the ridge.  All those trees are rubber trees.

While we were looking around I found a stone tool eroding through the surface.

On a non-archaeologically related note- we also got to stop and meet a local man who roasts (Cambodia grown) coffee and sells locally grown black pepper.  We got to check out his operations which were pretty neat. 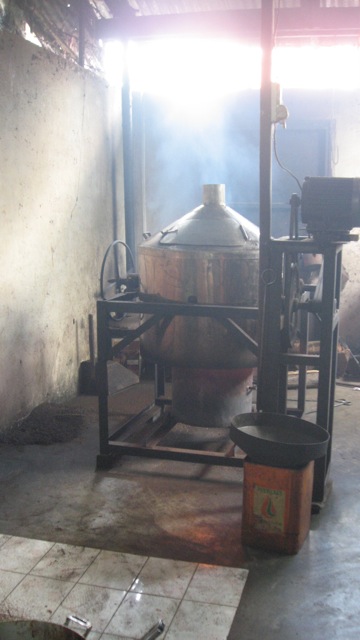 Here’s the roaster (it was really hot)

Above: Recently roasted beads (they smelled a lot like chocolate) 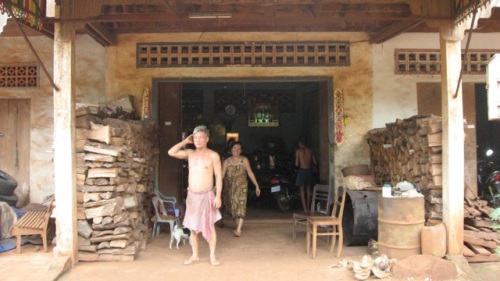 Above: The coffee roaster with his family.

This entry was posted in Archaeology, Travels around Cambodia and tagged Circular Earthworks, Memot. Bookmark the permalink.