When I was working at Ban Non Wat in December and January, the square I was co-supervising with my friend and JCU student Belinda turned up a dog burial!  It was, by far, one of the coolest things I’ve ever found in my short career as an archaeologist.  There’s a nice article about the find at the JCU website here.

Belinda nick-named him (her?) Sampson and it looks like the name stuck! 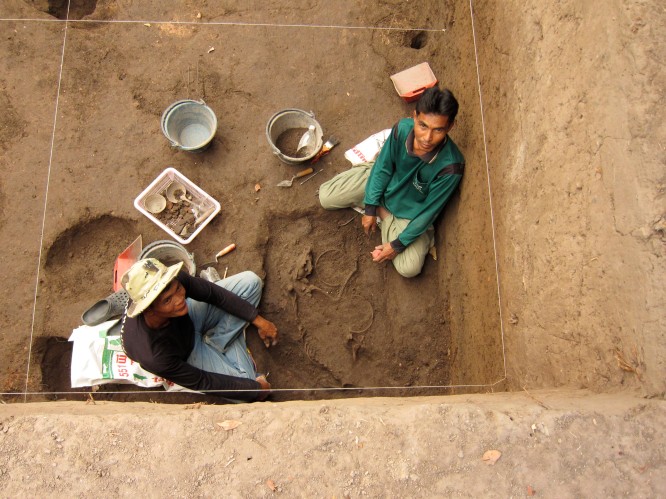 This picture shows two of the Ban Non Wat villagers working on excavating the dog burial. Lop (on the left) and Jim (on the right) have been working for the project for many years and are highly skilled field archaeologists.  When a burial is found at BNW, we usually let the Thai villagers work on clearing the dirt and excavating it because they are so careful. 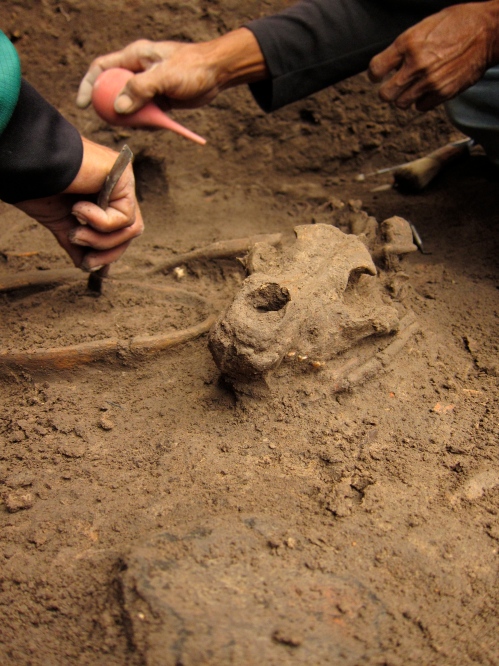 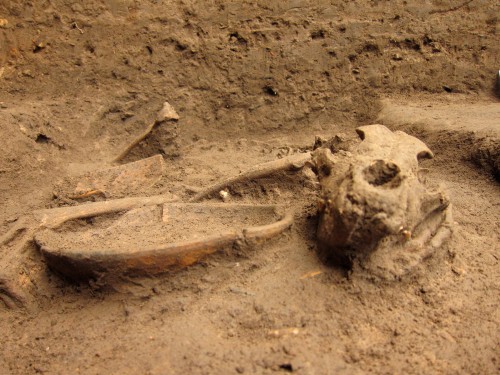 The dog was buried with two bowls (food and water??) and one paw carefully placed over one of the bowls. The other paw was resting under its chin. It’s easy to imagine this was someone’s trusty companion. 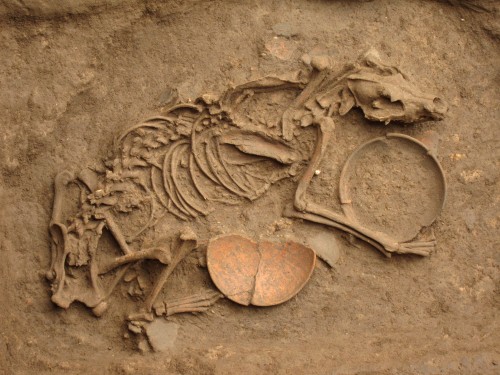 Here is Sampson after most of the dirt has been cleared away. 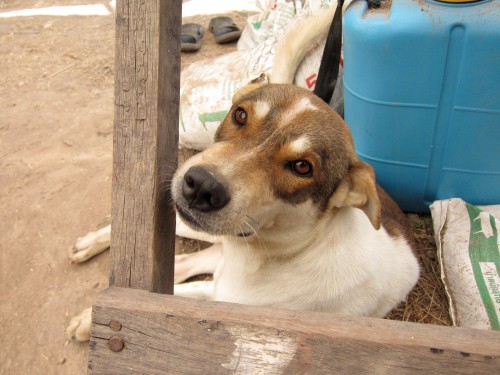 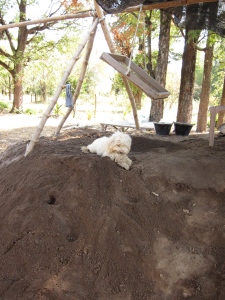 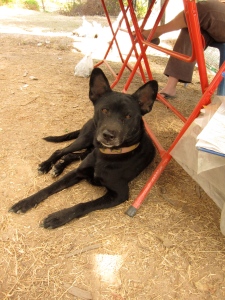 This entry was posted in Archaeology, Ban Non Wat, Travels outside Cambodia and tagged dog burial. Bookmark the permalink.